You can understand the structure of the tiniest subatomic particles to some of the largest galaxies in the universe through physics. This article will act as a comprehensive guide on BSc Physics, which includes its structure, eligibility criteria, syllabus, top institutes, and also different career opportunities.

What is BSc physics?

Bachelor of Science in Physics is an undergraduate degree generally, its duration is of 3 years while some institute also provides four years programs. Throughout the course, students get to learn about different laws and concepts of physics and also their applications in real life.

Why should you pursue BSc in Physics?

Physics is the branch of science that helps us to understand the functioning of the universe. Most of the technologies which we are using today are developed through physics. BSc physics help the student to improve their logical reasoning, analytical, and intellectual thinking skills.

A BSc Physics graduate student can make his/her career in a variety of fields. Since we are in a world where the pace of technological advancement is very high and to keep up with that pace we need to have advancements in the field of physics.

This creates a huge demand in the market for individuals who has in-depth knowledge of physics. BSc Physics Graduate can work as a researcher, professor, technician, and physicist in various industries.

Eligibility criteria for BSc in Physics:-

To get into BSc physics one needs to satisfy certain criteria, it is as follows:-

What is the admission process for BSc Physics?

First of all, the candidate must fulfill the above-mentioned criteria. After checking the eligibility the candidate can apply to different universities. Generally, the admissions for BSc physics are done on a merit basis but some universities do it through specific entrance exams.

What are the different Entrance Exams for BSc physics?

Some of the popular Entrance Exams for BSc Physics are as follows:-

What is the average fee for a BSc Physics?

The fee of this course completely depends on the university/institution but the average range of fees is INR 10K – 1 Lakh.

The Syllabus might change slightly from one university to another but the core topics remain the same. Below is the Year wise syllabus of the Course.

What should I do after BSc Physics?

After completing your BSc Physics degree you have two choices. One of which is you can start your career and the other is to do an MSc in Physics and also if needed Ph.D. in Physics. According to me, you should go for MSc Physics if you do so you will not only have an edge over your competition but also get a better starting salary.

What is MSc Physics?

The candidate must have a BSc Physics degree with a minimum aggregate of 50%. Some universities also give admission to the candidate with a BSc electronic, BSc Mathematics, and engineering degree but BSc Physics is preferred.

The average annual fees of this course lie in the range of 15K – 1 Lakh.

Generally, the admissions for MSc Physics are done on a merit basis but some of the top universities do it through Entrance exams.

After graduating with BSc in Physics you can work across different sectors like Electronics, Nuclear Physics, Geophysics, Astronomy, etc. Below are some career options after BSc Physics.

Salary of an Assistant Scientist:-

In India the average starting salary of an Assistant Scientist range from INR 7.5 – 8 Lakhs per annum.

The main job of a Radiation Oncologist is to treat patients diagnosed with cancer. They have to work with doctors, surgeons, and medical oncologists to determine the most appropriate way to treat cancer patients.

Salary of a Radiation Oncologist:-

You can expect something around 10 Lakhs INR per annum at the start of your career.

The Consultant Physicist work for private companies mostly from the engineering and oil industries. Physicists are specialized scientist who has an excellent understanding of Physics. They are the ones who apply their knowledge of Physics to help the companies to achieve their goals.

Salary of a Consulting Physicist:-

A fresher Consulting Physicist can easily get a base salary of INR 2-3 Lakh per annum.

As the name suggests Researchers are the individuals who care about research. Since we are talking about Physics they care about research in the field of Physics. A Researcher and work in various industries he/she can work for government organizations or in the R&D department of a Private company.

Salary of a Researcher:-

You can expect a base salary of around 8.7-9 Lakhs INR per annum.

For becoming a Professor in a good university only a BSc Physics degree is not enough you must have at least an M.Sc Physics degree. The task of a Physics Professor is to teach the concepts of Physics to the student in the most effective way.

Salary of a Physics Professor:-

The starting salary of a Physics Professor is 15 Lakhs INR per annum.

Some of the other career Opportunities:-

I had given you all the information you needed before getting into BSc Physics. If you want to do something in the field of Physics or if Physics fascinates you then BSc Physics is the best option for you.

In today’s era, technologies are changing at a very high pace, and since technological advancement is strongly correlated with Physics there is a huge demand for individuals with a good understanding of Physics. All these reasons make BSc Physics a very good Option.

If you have any doubt about the topic then feel free to comment below, and all the best for your journey towards a bright career.

Hariom Yadav is a blogger and content writer. Aside from that, he is a student at Thakur College of Engineering and Technology in Mumbai, where he is pursuing his B.tech in the Internet of Things. Apart from that, he is Seal certified in digital marketing, finance, and business management, and he also knows level one Mandarin. On Infopeedia, he mostly writes blogs about Education and career-related topics
View All Articles 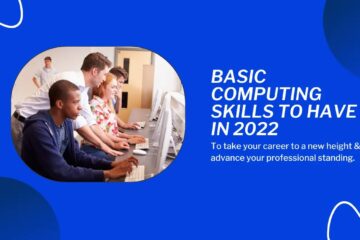