ISRO is one of the leading space organizations in the world, it is a pride of India. Every Indian that has an interest in space and Aerospace technology wants to work for ISRO, but they don’t know how to do it.

ISRO is known for its efficiency in successfully launching satellites and spacecraft at the lowest cost compared to any other space organization in the world.

In this article, we will discuss how to get into ISRO after the 12th. We will also go through the different types of jobs that ISRO offers.

The full form of ISRO in the Indian Space Research Organization is the national space agency of India. It was established in 1962 under the guidance of Vikram Sarabhai.

Till 1969 ISRO was known as the Indian National Committee for Space Research (INCOSPAR).

Till today ISRO has launched 342 satellites for 36 different countries.

How to get into ISRO after the 12th?

ISRO hires Space Scientists, engineers, and technicians. So to get a job in ISRO, you have to go for engineering courses, BSc or ITI(Industrial Training Institute) after your 12th.

You can also consider ITI if you want to work as a technician in ISRO. So there are three ways to get into ISRO after the 12th, and we will discuss each one in detail.

Who is a space scientist?

To become a space scientist one must have a master’s degree in mechanical, electrical, or computer engineering or a Ph.D. in Mathematics, Physics, or astronomy.

There are two types of Space Scientists, one is Physicists and the other one is Astronomers. Physicists are the ones who study theoretical concepts and perform experiments in the laboratory.

An Astronomer carries the research on the universe and the components of the universe like galaxies, stars, planets, etc.

How to become a space scientist in ISRO?

As discussed early there are two ways to become an ISRO Scientist After completing your 12th i.e. you can do engineering or go for BSc.

I will suggest you do engineering because if you do so it becomes easy for you to get a Job in ISRO and also it is less time-consuming as compared to the other routes.

You should do your engineering from top colleges like IISc, IITs, NITs, IIST, etc because ISRO prefers to hire freshers from those colleges.

You can also choose BSc but the thing is it is not enough to become a Space Scientist in ISRO you also need a Master’s Degree(MSc) or in some cases even Ph.D.

If you choose to do engineering then you should do it in mechanical, electrical, electronics, aerospace, or Computers. And if you want to do a BSc then you should go for Physics, Mathematics, or Astronomy and also MSc or Ph.D. in the same subjects.

How to become a Space Scientist in ISRO after B.tech/B.E?

After completing B.tech/B.E you should give an exam named Centralized Recruitment Board (ICRB) exam which is conducted by ISRO every year. If you clear the exam you have to go through a written test followed by an interview round to join ISRO as a Space Scientist.

Eligibility criteria for the ICRB exam:-

How to become a Space Scientist in ISRO after MSc or Ph.D.?

After completing MSc or Ph.D. in Mathematics, Physics, Astronomy, or geophysics you can directly apply to the ISRO. You can check the vacancies for Space Scientist on the ISRO’s official website and can apply for it through the website. For securing the Job as a Space Scientist in ISRO the candidate has to go through a written test followed by an interview.

How to become an engineer in ISRO?

The process is almost similar to the one for becoming a Space Scientist in ISRO. But the main difference is for becoming an engineer you should have a B.tech/B.E degree in Mechanical, electronics, electrical, aerospace, or computer science. The Hiring of engineers is also done through the ICRB exam.

What is the best way to get a job as a Space Scientist or as an engineer in ISRO?

The best way to get into ISRO is doing your graduate from IISc(Indian Institute of Science). The ISRO directly hires candidates from IISc through campus placements. Therefore if you are in IISc it becomes easy for you to get into ISRO

For getting into IISc after the 12th the candidate must have physics, chemistry, and mathematics in the 12th. The candidate must also qualify in one of the national level tests like JEE(Main or Advanced), NEET, etc.

Courses one must go for after the 12th to become a Space Scientist/Engineer in ISRO:

How to get into ISRO after ITI?

The ISRO also hires Technicians and Draughtsmen. For getting a job as a technician or draughtsman you should have done ITI in mechanical draughtsman, civil draughtsman, AC and refrigeration technician, grinder, carpenter, welder, motor vehicle mechanic, plumber, fitter, etc.

You can check the vacancies and the eligibility criteria on the official website of ISRO. For getting these jobs you must have very good marks in the ITI courses. ISRO mostly hires candidates with trades like Mechanical, Civil, and fitter as compared to others.

What are some other ways to get into ISRO?

If you are from a commerce field and still want to join ISRO then don’t worry it is possible. ISRO hires candidates from a commerce background for their Administration work.

ISRO is a huge organization that needs skilled people to manage its accounts. You can check for the vacancies on ISRO’s official website.

Getting a job in ISRO is difficult but if you follow the above-mentioned ways you will easily get it. Working with ISRO is something you can be proud of. If you really want to work in ISRO you should start planning after your 10th.

I think I had Shown you every possible way to get a job in ISRO. If you have any doubt about the above-mentioned topics feel free to comment below we will try to solve it as soon as possible. And All the best for your journey towards ISRO. 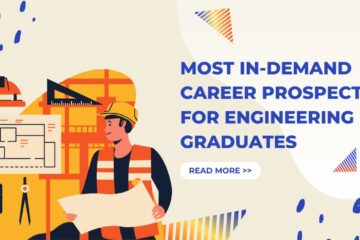